In the early 1960s I attended Horace Mann Junior High School near Florence and Western Avenues in Los Angeles. I remember hardly a blade of grass once past the outside fencing. I’m sure there must have been a blade somewhere, but mostly I remember acres of blacktop. Thick rubber mats kept you from breaking a bone if you fell from the “monkey bars” as we called them back in the day.

However, I do remember somewhere on campus there was a small plot of soil devoted to gardening and horticulture. It was an actual class offered to us “less capable” students. Yes, I was in there, but truly it is one of my fondest memories after some 60 years. I doubt if it is still there now. Too bad – I think that single class profoundly affected me in a very positive way. The magic and wonder of putting a seed into soil and reaping an actual plant with fruit attached has never forsaken me. Praise God for His creative ingenuity.

For since the creation of the world His invisible attributes, His eternal power and divine nature, have been clearly seen, being understood through what has been made, so that they are without excuse.

Whenever a plant a seed I have to give thanks and praise; it is truly God at work.

Since we’ve moved to our new home our gardening efforts have changed. The weather is much cooler, the growing season is shorter, and the deer compete earnestly for all things edible sprouting from the ground. We have taken everything indoors to the greenhouse. It is so awesome to make a salad from lettuce and cucumbers, peppers, and radishes you grew yourself. The taste and colors are amazing. Here are a few pictures of our efforts so far. 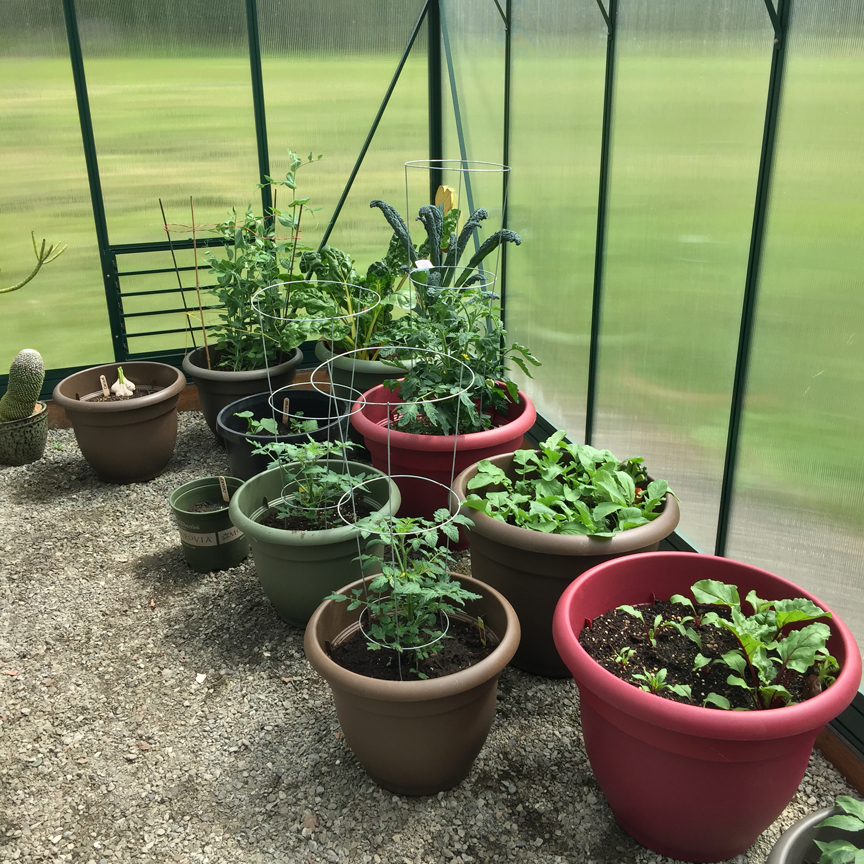 Looking into the greenhouse. 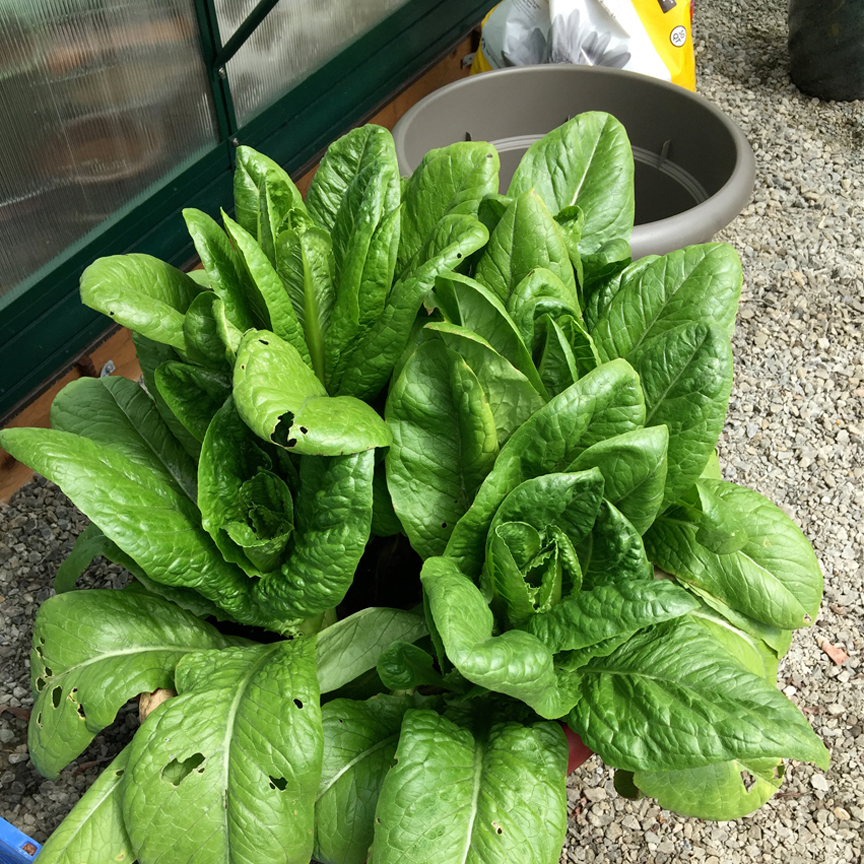 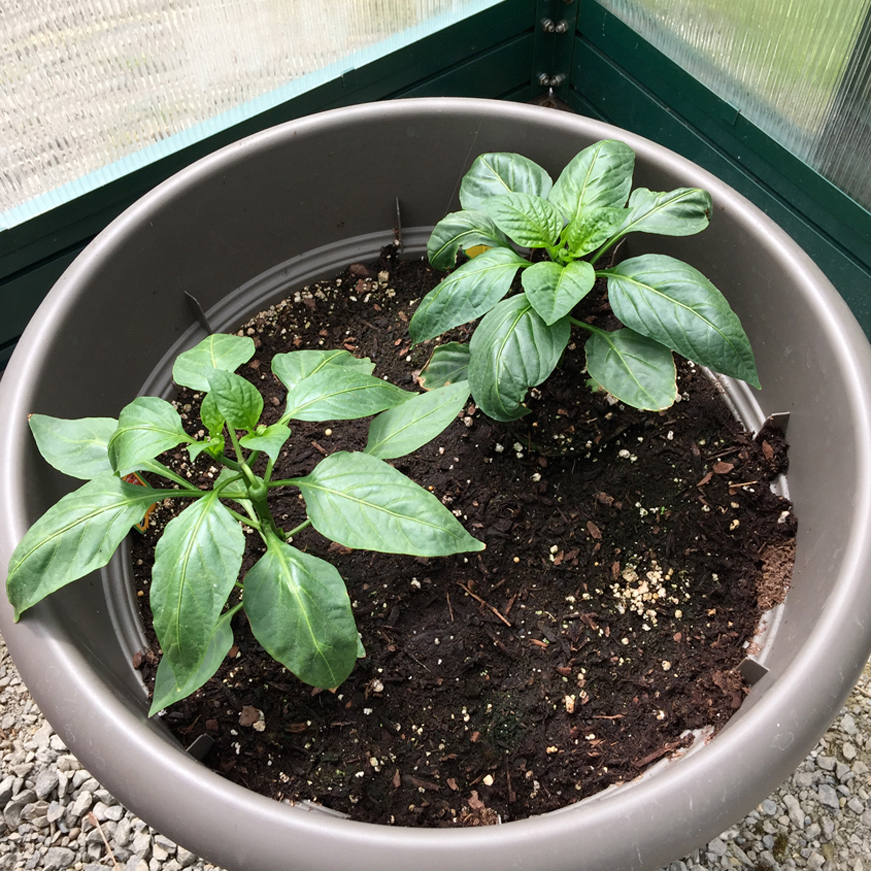 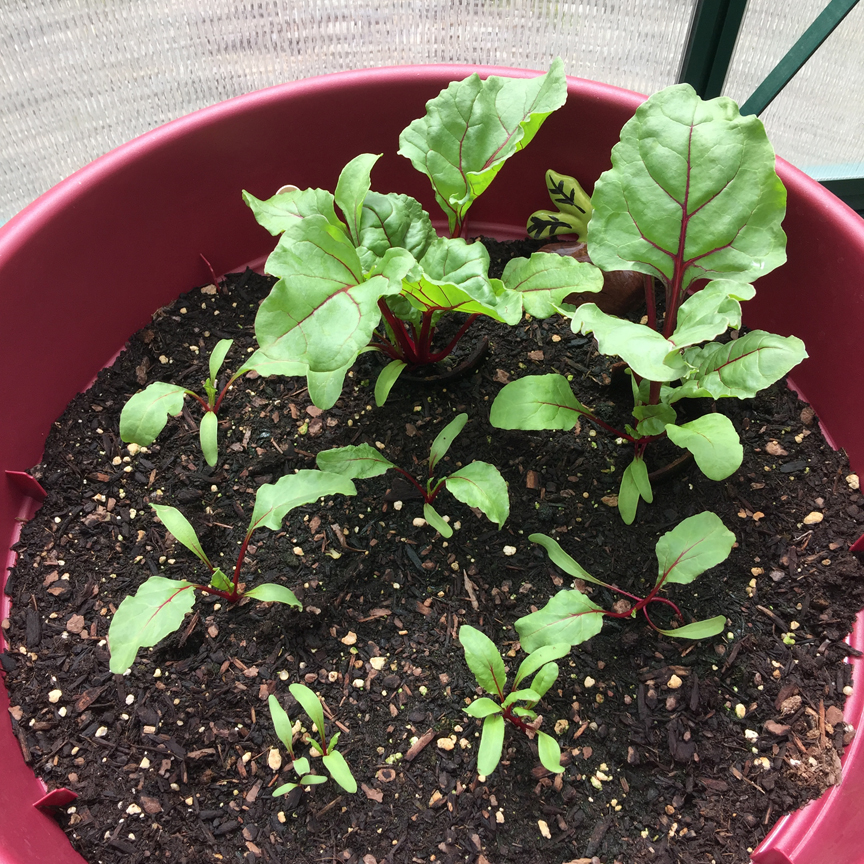 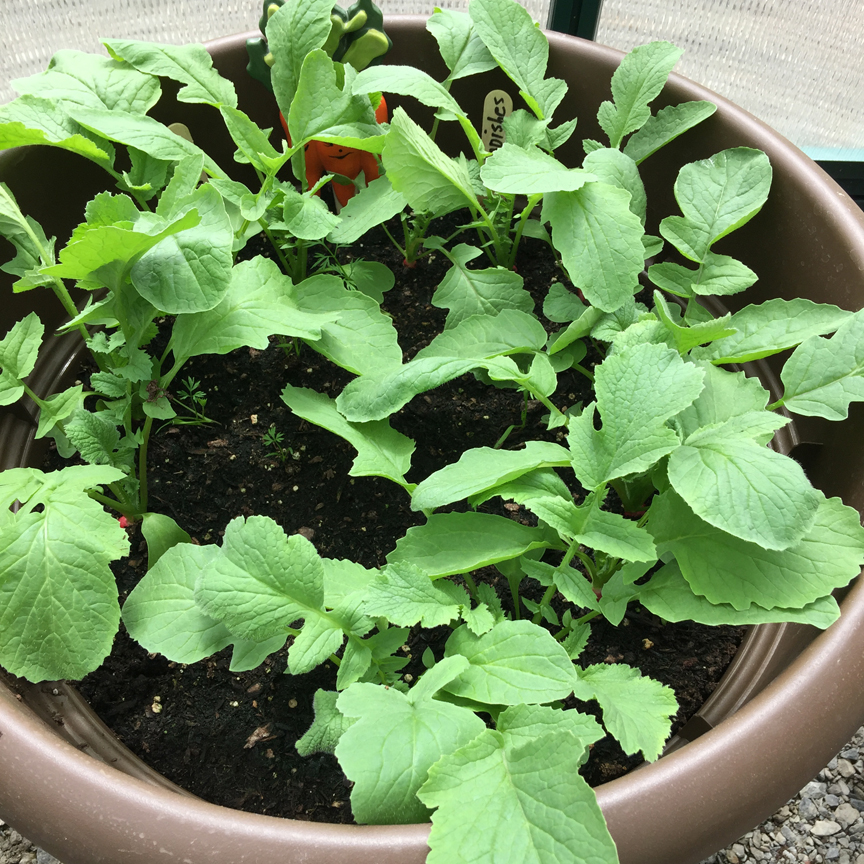 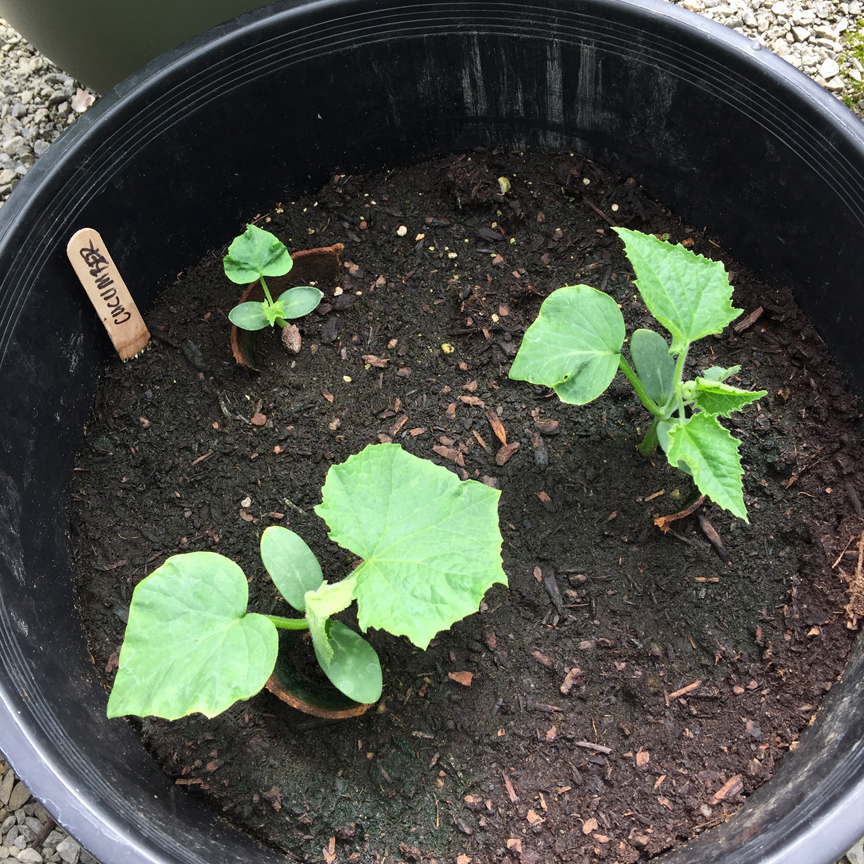 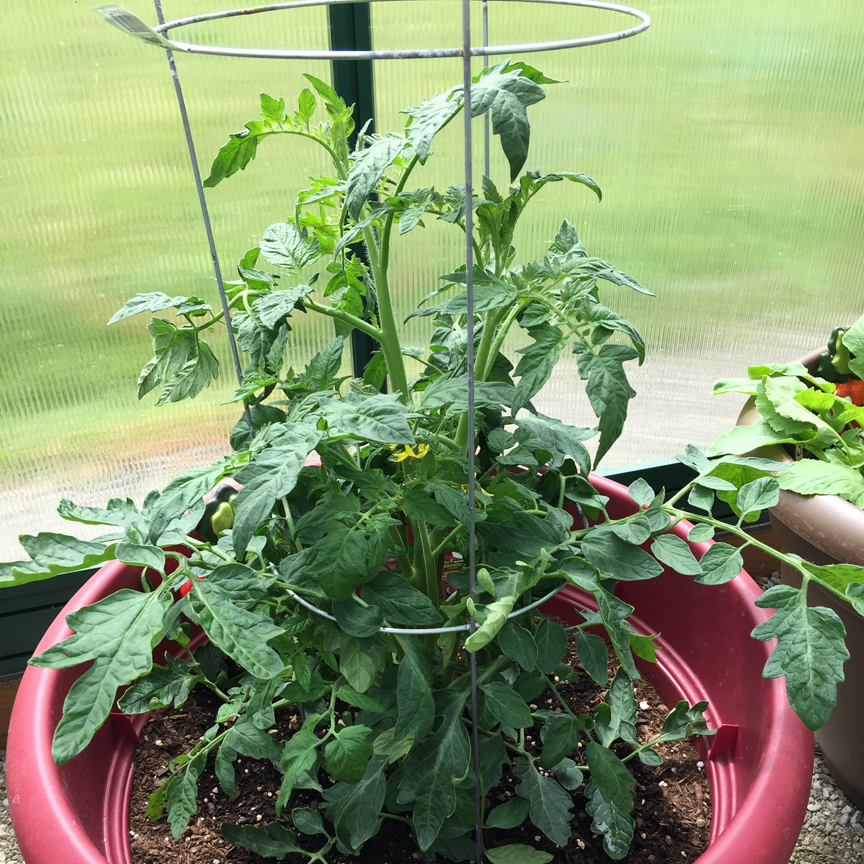 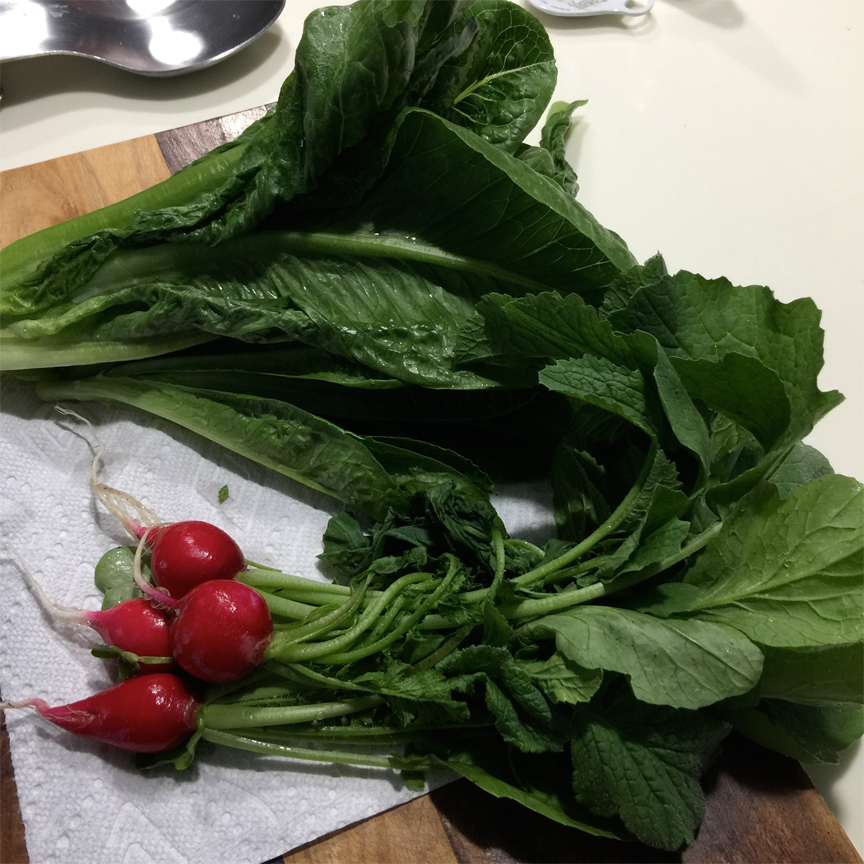 I can’t wait for the beets and cucumbers and carrots. I’m even trying broccoli this year. It’s fun, rewarding and delicious. Thank you Lord for everything.

Behold, days are coming,” declares the Lord, “When the plowman will overtake the reaper, and the treader of grapes him who sows seed; when the mountains will drip sweet wine and all the hills well be dissolved. Also I will restore the captivity of My people Israel, and they will rebuild the ruined cities and live in them; They will also plant vineyards and drink their wine, and make gardens and eat their fruit. I will also plant them on their land, and they will not again be rooted out from their land which I have given them,” says the Lord your God.

Amen! I’m ready to see that garden right now! Sounds like Good News Only to me!

Have you ever been accused of a crime which you did not commit? Suddenly, someone loudly proclaims your involvement in some unsavory deed which you know nothing about, and you are guilty as charged. There’s no chance to refute the accusation, and often your reputation is permanently ruined.

However let’s consider the alternative. What if your accuser is accurate? What if you are truly guilty? Now your heart rends, you are embarrassed and horrified, because you know  the accusation is truthful. Now your crimes are laid bare, and you have to choose one of  two possible choices; denial or acceptance. Acceptance brings guilt and shame. You forfeit your standing in “polite society”. Family and friends may distance themselves. Guilt brings punishment.

Denial, on the other hand, leaves you mired in your crime. You may experience depression and hopelessness. The heart is rendered cold and hollow, the conscious forever burdened. In either case, it’s not a pleasant place. In the hands of an enemy, accusation is a powerful tool.

Accusation is the power that our enemy, Satan, has over us. It’s actually his job title.

Then he showed me Joshua the high priest standing before the angel of the LORD, and Satan standing at his right hand to accuse him.

Then I heard a loud voice in heaven, saying, “Now the salvation, and the power, and the kingdom of our God and the authority of His Christ have come, for the accuser of our brethren has been thrown down, he who accuses them before our God day and night.

The problem is that Satan knows we are guilty before God, never mind that he is the author and father of lies. His accusations carry some truth. He is the ultimate tattle-tale.

Praise be to God, the Almighty, the Alpha and the Omega, the great I AM, the One who was and who is to come, the Word of God. He knows us to the foundation of our souls and remembers that we are but dust. Though we are indeed guilty as sin, He provided a way out.

Jesus came to earth, lived a perfect life, then offered up that life, a sacrifice for our sins. He was then resurrected by His Father, who raised Him to His own right hand, giving Him all authority, power and dominion over the living and the dead. He forever resides there as High Priest an Advocate for everyone and anyone who confesses His name, thereby receiving forgiveness of sins and eternal life to boot.

who is the one who condemns? Christ Jesus is He who died, yes, rather who was raised, who is at the right hand of God, who also intercedes for us.

We see Christ’s priestly authority in action when He encountered the woman taken in adultery in John 8:10-11:

Straightening up, Jesus said to her, “Woman, where are they? Did no one condemn you?” She said, “No one, Lord.” And Jesus said, “I do not condemn you, either. Go. From now on sin no more.”

Satan’s power of accusation has been broken, defeated, rendered useless. Through trust in God, with whom it is impossible to lie, we are transformed into the righteousness of Christ through faith in Him. Christ promised that the good work started in us will be completed in Him. He has the power to make us stand before the Father, clothed in His righteousness.

As Christians we must remember that on a daily basis. Our job is simple, trust God’s promises, and to go and sin no more. The Spirit working in us will protect and strengthen us. Never forget that we are His, purchased with His own blood. No one can snatch us from His hand, nor can any power on earth separate us from His love.

We don’t have to live in fear or guilt when Satan points the finger of accusation. We can have boldness when we approach God in prayer, because all of the redemptive work has been done for us by His son. Amen!

Thank you Lord. That sounds like Good News Only to me.

I love to read the book of Revelations. It’s an awesome description, a painting of what will go down when the Lord Jesus returns someday soon. Reading Revelations reminds me of why it is important to persevere at all times.

During a recent reading I noticed seven promises given by Christ to those who persevere, who overcome, who “hang in there” if you will. I’m sure I had read them before many times, but for some reason I suddenly noticed them this time. They are all contained within the first three chapters.

Revelation 2:7
To him that overcometh, to him will I give to eat of the tree of life, which is in the Paradise of God.

Revelation 2:11
He that overcometh shall not be hurt of the second death.

Revelation 2:17
To him that overcometh, to him will I give of the hidden manna, and I will give him a white stone, and upon the stone a new name written, which no one knoweth but he that receiveth it.

Revelation 2:26-28
And he that overcometh, and he that keepeth my works unto the end, to him will I give authority over the nations: and he shall rule them with a rod of iron, as the vessels of the potter are broken to shivers; as I also have received of my Father: and I will give him the morning star.

Revelation 3:5
He that overcometh shall thus be arrayed in white garments; and I will in no wise blot his name out of the book of life, and I will confess his name before my Father, and before his angels.

Revelation 3:21
He that overcometh, I will give to him to sit down with me in my throne, as I also overcame, and sat down with my Father in his throne.

In that it is impossible for God to lie, that is some very exciting news. But faith is required, thus I have been praying mightily lately that God will increase by faith. I must trust and believe that my sins are truly forgiven; the blood of Christ Jesus has removed them and far as East is from the West. As it says in Hebrews 11:6,

But without faith it is impossible to please Him, for he who comes to God must believe that He is, and that He is a rewarder of those who diligently seek Him.

May our faith ever increase to accept God’s love towards our own sinful souls, to believe He truly loves us above all else, and that he will be the righteous Rewarder of those who seek His face. That’s Good News Only. Amen!